Don't wait another minute... Set up an appointment for a free consultation today!

Pay Forward The “Luck of the Irish” All Year Long!

Pay Forward The “Luck of the Irish” All Year Long!

Let’s start off with some St. Patrick’s Day trivia:

1. Do you know why we wear green on St. Patrick’s Day and why you get pinched if you don’t?

Tradition says that wearing green on St Patrick’s Day is supposed to make you invisible to leprechauns. Leprechauns will pinch you as soon as you come up on their radar if you don’t wear green, so if you don’t want to be pinched by Leprechauns, wear green tomorrow!

2.All the pubs in Ireland used to be closed on St. Patrick’s Day

Up until the 1970s, Irish law prohibited pubs opening on March 17 as a mark of respect for this religious day. It was feared that leaving the pubs open would be too tempting for some during Lent and would lead to a disrespectful amount of drunkenness on this most solemn day.

3.What is the true Irish meaning of Saint Patrick’s Day, and why do we celebrate St. Patrick’s Day on March 17th?

March 17 marks the death of Ireland’s beloved patron saint, Saint Patrick, (he died on March 17, 461 AD.) and for over a thousand years, has been celebrated as a religious feast day.

Until the 1700s, St. Patrick’s Day was celebrated predominantly in Ireland where it was a somber religious occasion spent mainly in prayer.

New York City was the first to celebrate St. Patrick’s Day because of all Irish immigrants who lived there. In 1762, Irish soldiers in the British army marched through the streets of New York City and ended in a tavern to honor St. Patrick.

St. Patrick’s Day didn’t become an official Irish public holiday until 1903, and the first parade in Dublin did not occur until 1931. The typical Irish family celebration before the 1970s and before the uplift of the ban on drinking was very different from the party atmosphere associated with the day now. As St. Patrick’s Day generally falls within the Christian season of Lent, Mass was attended in the morning with the afternoon set aside for celebrations. The Lenten prohibition against meat was lifted for the day and families sang and danced and celebrated during a time that is normally more somber on the Christian calendar.

The promotion of St. Patrick’s Day in Ireland truly began in 1995 when the Irish Government realized the potential tourism benefits of celebrating the day and the opportunities for the country to sell its culture and sights to the rest of the world.

4. Legend says that St. Patrick drove the snakes out of Ireland. Approximately how many snakes did he save the Irish people from?

None. Sorry, trick question!  There were actually no snakes in Ireland likely due to the Ice Age. The snake reference is considered a metaphorical explanation for St. Patrick driving evil and paganism out of Ireland.

Hard to believe, but it was blue. The Order of St. Patrick, established in 1783, selected blue as its color because dark green was already taken. Green became popular with the 1798 Irish Rebellion when wearing a clover on a lapel became a sign.

6. Why do Irish Americans eat corned beef and cabbage on St. Patrick’s Day?

Beef was not readily available in Ireland and was considered a luxury and that’s why the traditional Irish meal centered around ham, specifically, the bacon. But when these Irish got off the boats in America it was quite the opposite. Corned beef was the meat that they could easily and more cheaply get their hands on and, so, this became the meal of choice for generations of Irish Americans to come. For this dish, the corned beef, cabbage, and root vegetables such as carrots, turnips, and potatoes were boiled.

Many maintain that the dish is simply not Irish at all. The close proximity of the Irish and Jewish communities at the time is said to be largely responsible for the popularity of corned beef among the Irish immigrants. According to thekitchenproject.com, when the Irish arrived in America, they couldn’t find a bacon joint like they had in Ireland so they gravitated toward the Jewish corned beef, which was very similar in texture.

7. Where does the term “the Luck of the Irish” come from?

According to Edward T. O’Donnell, an Associate Professor of History at Holy Cross College and author of “1001 Things Everyone Should Know About Irish American History,” the term is not Irish in origin.

During the gold and silver rush years in the second half of the 19th century, a number of the most famous and successful miners were of Irish and Irish American birth….Over time this association of the Irish with mining fortunes led to the expression ‘luck of the Irish.’

Speaking of the phrase “luck of the Irish”, we’re pretty fortunate, or lucky, huh? For me, I feel “lucky” to have such a great family & support system when it comes to running our business, and without my husband’s help, we might not have an Aliro Marketing today.

I feel “lucky” to have such great clients who believe in the work we do, & trust us with their business.

And of course, I feel “lucky” for being able to enjoy such a great personal life, playing my flute, relaxing & living by the beach, & going to Gulls hockey games 🙂

Personal “Luck of the Irish”

Because we all have a lot of things to feel “lucky” for, why not pay that forward in some way? Perhaps you can volunteer for a local organization, or donate cash to your favorite charity, or simply buy a coffee for the person behind you in line.

How can we use our “luck of the Irish” in business?

Perhaps we can show appreciation to our customers in some way, provide a bit of a bonus to employees if the business has a profitable windfall, or perhaps you can provide a donation to a local event.

How will you pay forward your “Luck of the Irish”? 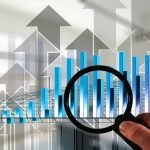 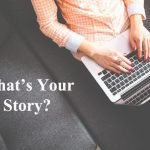 How to Effectively Tell Your Brand’s Story On Social Media